One variable: 1 variable K map is not possible. For K-map to minimize atleast 2 variables are required.

One variable function can be easily minimized with the help of Boolean. There is no need of K-map

Three Variable: In the three variable K-map 8 squares are required. The 3 variable K-map can content either horizontally or vertically. An example of 3 variables k-map for SOP and POS form are as follows: 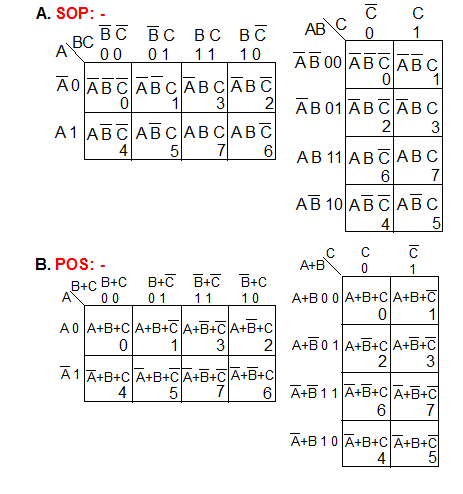 Four Variable K-map : In the 4 Variables K-map 16 squares are required. An example of 4 variable k-map for SOP and POS form are as follows: