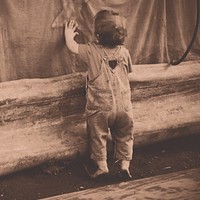 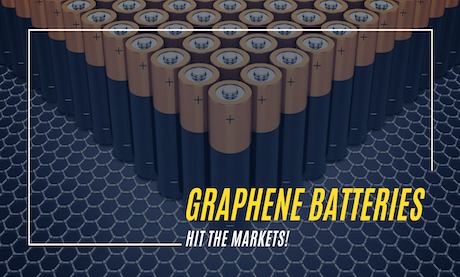 It comes as no surprise that for several years now, consumers of electronic devices and the industry itself have been waiting for a better battery.

There has been a need for a battery that charges faster and lasts longer; one material called graphene has been promising since its discovery in 2004.

If you're an ardent follower of battery technology, you would know that there have been many recent steps toward developing better batteries.

And in spite of all the researches and discoveries, no battery has been built in the form of a product that is available for the public commercially.

So, in a way, a real graphene-enhanced battery becoming commercially available to the public is a major breakthrough that hints at the first glimpse of a new wave of battery technology.

What is Graphene and how did it come about?

Graphene has its origins in graphite, the element most notably used in making pencils.

Initially, the concept of graphene was merely theoretical until 2004 when two researchers at The University of Manchester, Andre Geim and Kostya Novoselov created the first sample of the substance.

They were polishing a sample of graphite wood tape and noticed that extremely thin flakes stuck to the tape. This inspired them to create the thinnest sample possible and as a result, graphene was born.

Outstandingly, this discovery shook the scientific community, so much that in 2010 the two researchers won the Nobel Prize in physics.

So changing the arrangement of atoms from 3D to 2D unlocks incredible physical properties. Even though this may not sound like much, here are some facts about graphene you might find interesting:

Now, Back to Graphene Battery Technology

Real Graphene, a company out of Los Angeles, USA, has been researching graphene batteries for years.

The research seems to have paid off as they have beaten everyone to the punch by bringing an actual graphene battery to market.

Digital Trends spoke to the CEO of Real Graphene, Samuel Gong, about some of the technologies I will include some of his statements in this post.

Firstly, how long does Real Graphene battery take to charge?

Now, with an average phone battery of about three thousand milliamp hours (3000 MaH), you will be looking at around one and a half hours to get from 0% to 100%.

For these graphene-enhanced batteries, it takes 20 minutes to achieve this.

Meanwhile, there is a catch. You would need to use a 60-watt charging brick.

One major problem is if you pump a 60 watts power into a regular battery, it would fry itself, and the normal smartphones we have cannot take a sustained 60 watts power load.

Most phone batteries can last around 600 charge cycles but the new graphene batteries have a longer lifetime.

They are rated for 1,500 cycles for the same capacity. And to top it all off, it's safer than regular batteries as well because the cell generates much less heat and runs much cooler.

As explained by Samuel Gong, the CEO of Real Graphene:

Graphene is an amazing conductor of heat and electricity. Lithium doesn't like it when you put a lot of energy in and when you take a lot of energy out. We have applied graphene in two different ways: we mix it in the solution with lithium, and we have added a composite layer like a sheet of it in the lithium battery it acts like a conductor for the electricity and doesn't generate as much heat.

As earlier mentioned, these graphene-enhanced batteries are commercially available and you can currently buy one although it comes in the form of a power bank with two versions.

The first version called the G-100 has a capacity of 10,000 milliamp-hours (10000 MaH). This is three times the average phone capacity, and if charged with a 100-watt charger, it is rated to fully charge from empty in about half an hour.

The second version called the G-100 Max is capable of holding twice the capacity of the G-100.

The YouTube channel Gary explains has a good video on the initial testing of the G-100 and it has proven to be legitimate. With a 60-watt charger, he managed to charge 10,000 milliamp-hours (10000MaH) in 50 minutes.

To highlight what this means, it is the equivalent of charging your smartphone in about 16 minutes and without the dangers of overheating the battery.

But the most exciting thing is that this is just the start.

The company Real Graphene is in talks with many industry partners to provide batteries. In fact, they've already built them and testing is already underway.

Also, the company is working on making graphene batteries for everything from as little as smartwatches to battery-powered golf carts.

As stated by Gong:

We'll be seeing graphene batteries in actual big brand devices within a year. Not in every single device but trickling down from the higher end first. People think graphene is a thing of the future but I'm here to correct them it is here now. We create a battery that can charge super fast, is very cool and has a long lifetime in terms of charge cycles.

Also, he goes on to mention that most companies that claim to be using graphene are actually using graphite, its three-dimensional form. As a result, they do not have any of its amazing benefits.

How are Graphene Batteries Made?

Making graphene in sheet form is a complex process especially in the amounts to be used by native consumers, and also, graphene is very expensive.

A few years ago, one kilo of graphene cost $300,000. But thanks to advancements in the manufacturing process this cost is falling dramatically.

In 2010, it used to be around $1,000 per cubic centimeter and now is only 1 cent. An average sheet goes for around $25, and for this reason, graphene is finally coming to consumer devices.

So, what if a phone manufacturer wanted to use real graphene's battery, could the company pull it off?

According to CEO Samuel Gong:

It is easy for us to scale-up because we make the graphene. We could do this either by using a battery facility owned by a manufacturer or by partnering with another battery firm.

And scaling isn't the only thing that would be easy, even swapping out the battery in the phone manufacturer's end would be painless.

Adding a graphene sheet doesn't affect the attributes of the cell. It is only one to five atomic layers thick and this doesn't affect the physical properties at all. It is an easy plug-and-play because the cells can be in the same shape and size you get the immediate benefits of graphene.

What are the Downsides of Graphene Batteries?

A graphene battery would add about 30% extra cost to the battery component of a phone but I am sure some consumers wouldn't mind.

In my opinion, this is exceptionally encouraging for battery technology and this is just the tip of the iceberg. Only by just incorporating a sheet of graphene into a battery and we are seeing such improvements.

The more graphene that gets introduced, the more advantages we will see. But to be perfectly clear, even though the overall battery life is increased in terms of the lifecycle, the actual capacity has not increased that much using this method.

For that, we will have to look up to Samsung.

In the world of graphene batteries technology in smartphones, the last remaining hurdle is higher capacity per unit volume.

In this situation, Samsung may be able to help. Samsung's graphene infused batteries have about 30% more energy densities than regular lithium-ion batteries so they should last around 30% longer.

According to Samsung, these batteries should be coming to market by 2021.

It could mean a world of difference not only for mobile phones and laptops but most excitingly, electric cars and electric planes, not even to mention grid energy storage. Beyond this, it could change material science and engineering as we know it.

Let us know what you think.